How to drive your insurance down.

We thought we’d let you into a tip for when you get your first car.
You may be surprised by the cost of your new car insurance policy, often running into £1,000’s! So, we’ve done a bit of digging around and found some money-saving tips and advice from our friends over at MoneyExpert.

Will adding a named driver make my insurance cheaper?

Insurance premiums are calculated based on the risk of you, the driver, being involved in any kind of claim-worthy incident. As young drivers are statistically more likely to be involved in a road accident and make a claim on their car insurance than older drivers, they often have to pay much higher premiums.

Who will benefit from named driver insurance?

As mentioned before, students and young people are faced with often prohibitively high car insurance premiums due to the fact that they’re statistically more likely to make a claim. Therefore, many young drivers opt to be insured on their parents’ car as a named driver to benefit from cheaper car insurance. However, this will likely result in higher premiums for the main driver (their parents).

If you’re a young driver and you want to be the main driver of your car but still find cheap car insurance, then you should consider a telematics or black box insurance policy.

Our commitment to the highest Covid Safe standards:
Our instructors are proud of their ‘offices on wheels’ – they keep them in tip-top condition, wear face coverings, anti-bac all the contact-areas within the car so before and after each lesson, so, when our students get in they know that the surfaces are just like those you find in a new car – every time. And, anyone that needs a bit more reassurance can always ask to use the in-car hand sanitiser gels provided – so rest assured, we’ve got you covered!

We are of course following the Government’s recommendations and precautions, but we’ve added quite a few of our own too!

If you have any questions or concerns about COVID-19, please don’t hesitate to get in touch. 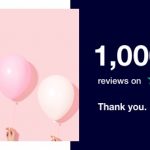